“Remembering the Terror-Famine: Memory and Meaning in the Early Years of the Cold War”

As the anthropologist Rubie S. Watson once asked, “How do people remember events that ‘did not occur’? How do people ‘remember what is meant to be forgotten”? This lecture will explore the decade between 1945 and 1955, when the Holodomor was “first remembered”. It will examine the active construction and transmission of a social memory of the Terror-Famine among post-war refugees from the Soviet Union. It will also consider how remembrance of the Holodomor shaped and, in turn, was shaped by the emerging Cold War.

After 1945, the Holodomor became part of making the case in the West for legal recognition and assistance for refugees fleeing Communism. As the Cold War escalated, famine survivors were increasingly called on as witnesses in a fierce political debate in the U.S. about the nature of the Soviet Union and U.S. policy towards the Soviet Union.

Olga Andriewsky is an Associate Professor in the Department of History at Trent University. She teaches and researches in the area of late imperial and Soviet history. She is the author of “Towards a Decentered History: The Study of the Holodomor and Ukrainian Historiography” (Contextualizing the Holodomor). She has also written numerous articles on identity and politics in late Imperial Russia. Her article “The Russian-Ukrainian Discourse and the Failure of the ‘Little Russian Solution’, 1782-1917” in Culture, Nation, Identity: The Ukrainian-Russian Encounter, 1600-1945 was awarded the AAUS prize for best academic article in 2004.

Petro Jacyk Program for the Study of Ukraine, Centre for European, Russian, and Eurasian Studies, University of Toronto 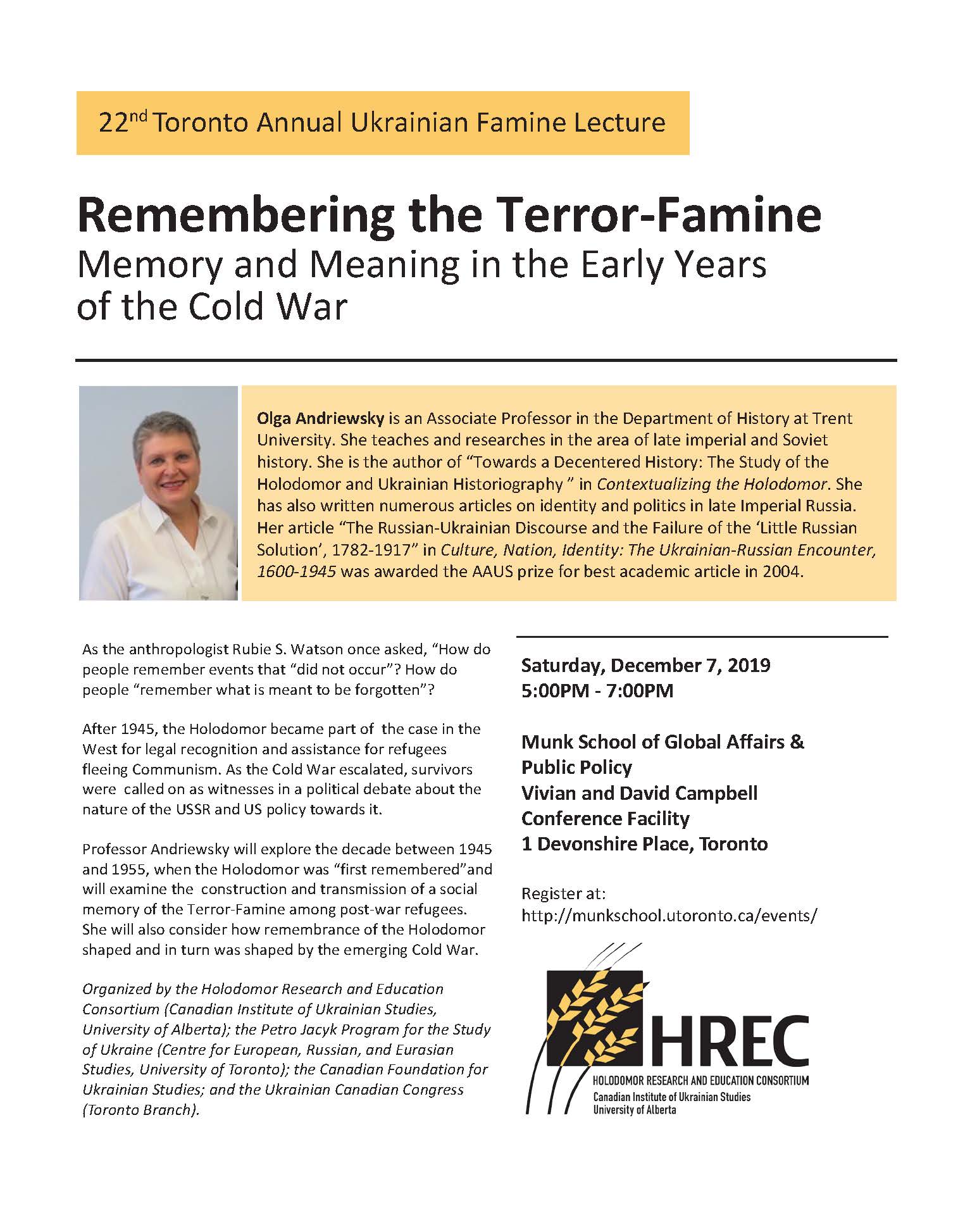