The publication in 2018 of The Famine of 1932–1933 in Ukraine: An Anatomy of the Holodomor (CIUS Press) by Stanislav Kulchytsky was an important milestone in the work of the Holodomor Research and Education Consortium (HREC) at the University of Alberta’s Canadian Institute of Ukrainian Studies (CIUS). An updated translation into English of his Ukraïns’kyi Holodomor v konteksti polityky Kremlia pochatku 1930-kh rr. (2014), this latest work, supported by HREC, can be considered a distillation of thirty years of study of the topic by one of Ukraine’s leading historians. For the occasion of the book’s publication in the 85th anniversary year of the famine-genocide in Ukraine, and to honour Professor Kulchytsky for his decades-long scholarship on the famine, HREC invited the author to Canada in November 2018 for a series of book presentations.

Dr. Kulchytsky’s first appearance (sponsored by CIUS’s Toronto office, St. Vladimir Institute, the Ukrainian Canadian Research and Documentation Centre, and the Shevchenko Scientific Society) took place on 6 November in Toronto at St. Vladimir Institute. On 8 November Kulchytsky’s book was discussed at the Danyliw Research Seminar on Contemporary Ukraine, held at the University of Ottawa. (Introductory remarks by HREC director of research Dr. Bohdan Klid can be viewed online here: <https://www.danyliwseminar.com/stanislav-kulchytsky-new-book>.) On 10 November Dr. Kulchytsky spoke at the Musée ukrainien Patriarche Josyf Slipyj in Montreal. This event, co-sponsored by the Ukrainian Canadian Congress (UCC) and the Shevchenko Scientific Society, was moderated by Dr. Roman Serbyn, who has written on the 1921–1923 and 1932–1933 famines in Ukraine. Professor Kulchytsky next spoke on 11 November to a parish audience at St. Volodymyr Ukrainian Orthodox Cathedral in Toronto. In Western Canada, CIUS sponsored a book launch and lecture by Professor Kulchytsky on 14 November at St. John’s Institute in Edmonton. (Dr. Kulchytsky’s presentation can be viewed online here: <https://www.youtube.com/watch?v=6TCquaWlwsE>.) On 16 November he attended and spoke at a book launch event at the University of Victoria. The latter was hosted by Professor Serhy Yekelchyk and sponsored by the university’s Department of German and Slavic Studies. Dr. Kulchytsky’s final two book presentations on this Canadian tour were held in Winnipeg. On 18 November he gave a presentation at the Ukrainian Cultural and Educational Centre (Oseredok), sponsored by HREC, Oseredok, and the UCC. The next day, on 19 November, Professor Kulchytsky was a guest speaker to students of an undergraduate course taught by Professor Myroslav Shkandrij on “The Holocaust and Holodomor in Ukrainian Literature.”

In his presentations, Dr. Kulchytsky examined the concepts of genocide related to the famine found in Robert Conquest’s The Harvest of Sorrow (the first major study in English on the famine of 1932–33 in Ukraine) and in a speech given by Raphael Lemkin in 1953 on the occasion of the twentieth anniversary of the Kremlin-induced famine in Soviet Ukraine. Lemkin coined the term genocide and is known for his advocacy for the adoption of the UN Genocide Convention in 1948. During his lectures Dr. Kulchytsky also showed how Ukraine was saddled with disproportionately high grain delivery quotas to the state compared to other grain-producing regions of the Soviet Union. He identified four key elements that pointed to genocidal intent on the part of Stalin and other Kremlin leaders: (1) the seizure and confiscation of all food during searches of households; (2) a simultaneous information blockade; (3) a physical blockade of the starving population in Soviet Ukraine and the Kuban region of the Russian SFSR; and (4) limited seed and food aid, following massive physical exhaustion and death, aimed, first of all. at supporting the spring sowing campaign in 1933. Questions following his presentations allowed Professor Kulchytsky to elaborate on his views as well as on his research and experience as the first historian to study the Holodomor in the late Soviet period.

On the majority of his Canadian tour, Professor Kulchytsky was accompanied and introduced by CIUS scholars Oksana Vynnyk and Bohdan Klid. In his remarks, Dr. Klid stressed that although Stanislav Kulchytsky has written more on the Holodomor than any other historian and is recognized as a leading authority on the topic, The Famine of 1932–1933 in Ukraine: An Anatomy of the Holodomor is the only book-length study of his to have appeared in English translation. As relatively few scholars and students who study the Soviet Union read Ukrainian, it is thus extremely important that Professor Kulchytsky’s latest study has appeared in English, which is the dominant language in global scholarship today.

Dr. Klid also noted that Dr. Kulchytsky’s research and study of the Holodomor led to an important conceptual breakthrough in explaining the origins and course of the famine. As far back as 1991, he concluded that while a famine had broken out in 1932 due to excessive grain procurements, later in the year it was transformed by Stalin—under the guise of continued grain requisitions, which included the confiscation of all foodstuffs—into a “terror famine.” Dividing the 1932–33 famine in the Ukrainian SSR into two distinct stages allows us to view the first part of the famine in the context of a geographically wider famine that had engulfed other regions of the Soviet Union that year. It also allows us to understand how and when the famine was transformed into the Holodomor, which made the famine distinct and thus genocidal. While tens of thousands had died of hunger in the first part of 1932, by late 1932 and early 1933 a spike of over three million deaths occurred—which, in Dr. Kulchytsky’s view, constituted the Holodomor-related deaths.

CIUS is pleased to have been able to sponsor Stanislav Kulchytsky to travel to Canada in order to meet with members of the scholarly community and the public, and to promote his latest study of the famine of 1932–33 in Ukraine. Along with Anne Applebaum’s Red Famine, published in 2017, Professor Kulchytsky’s new book represents another solid contribution to be added to the relatively small but growing number of book-length works in English on the Holodomor. 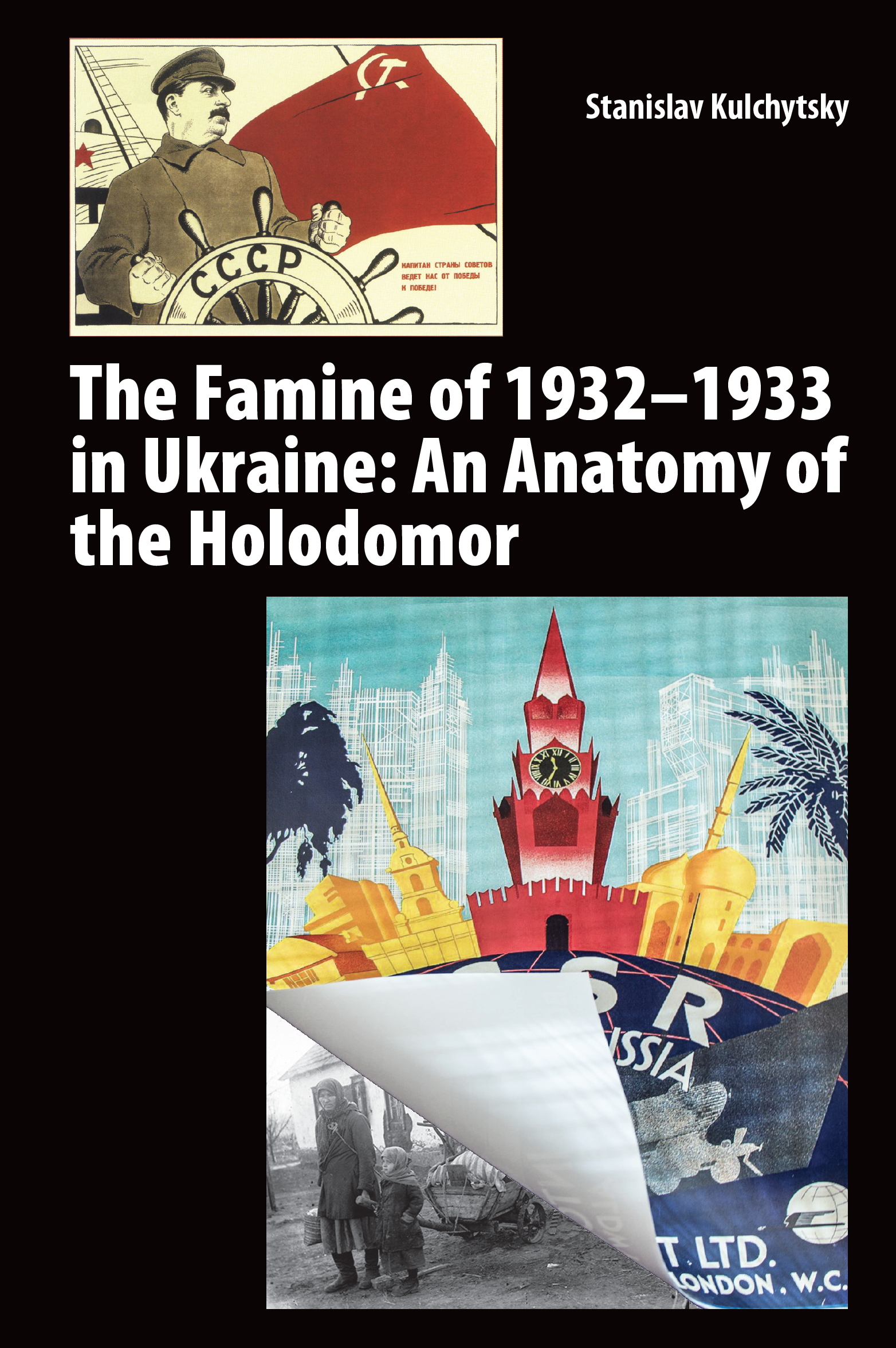 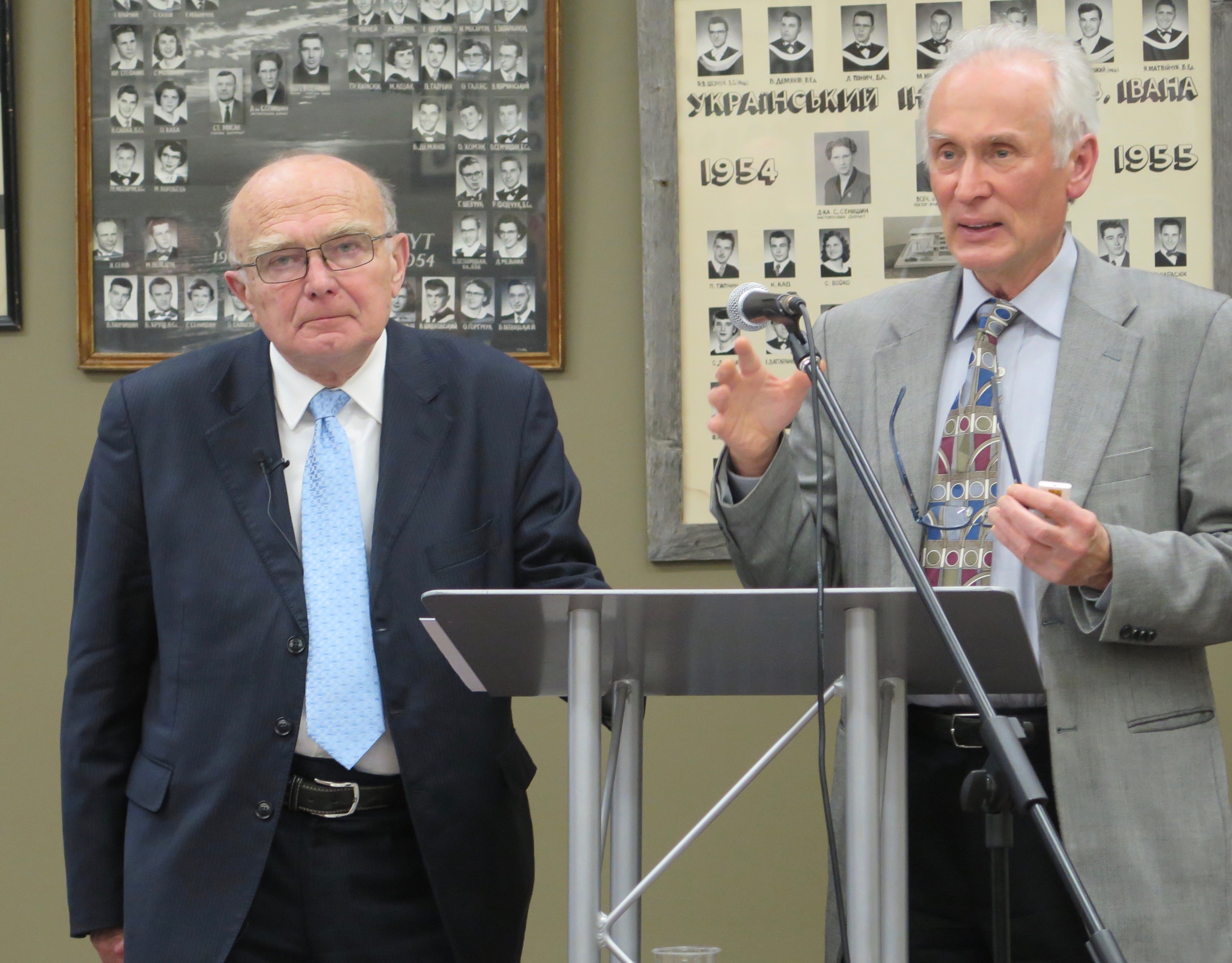 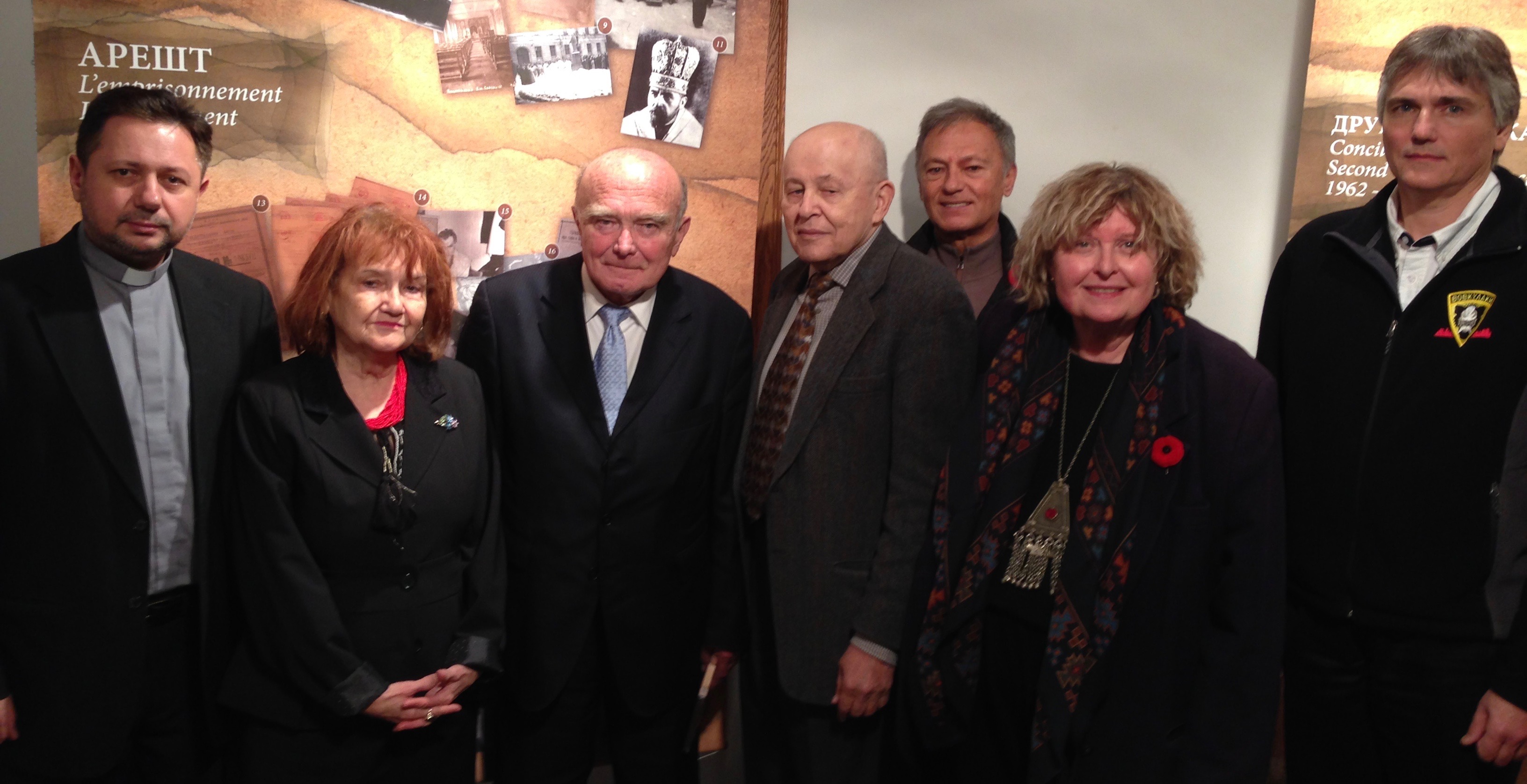