International specialists on imperial, colonial, and famine studies gathered in Kyiv on 5-7 June 2017 to attend the symposium Empire, Colonialism, and Famine in Comparative Historical Perspective. The symposium was a follow-up conference to an event by the same name held in Toronto in October 2016.

The nineteenth and twentieth centuries are marked by the brutal legacy of faminogenic state policies in which empires played significant roles. Political structures ensured the domination of metropolitan centres over internal or overseas colonies, including the possibility of full control over the distribution of economic resources, including foodstuffs. During natural disasters, war conditions, and even in peacetime, empires often demonstrated an unwillingness to address starvation and even manipulated the food supply for the destruction of entire strata of the population and regions so as to realize specific political goals. Examples of these practices brought about by “imperial mentalities” and systems of dependence built on a metropolitan–colonial axis are the Gorta Mor (Great Hunger) in Ireland in the mid-nineteenth century; the Ukrainian Holodomor  and the Kazakh Famine (Asharshilik) in the early 1930s;  the starvation caused by the Nazis in European ghettos and concentration camps, during the blockade of Leningrad, and in their pursuit of Lebensraum in occupied Ukraine; famine in British-ruled India in 1942–43; and Communist China in 1959–61.

Conference participants examined the mechanisms of state-involvement in these famines, the consequences of state policies, and the manners of silencing and concealing these events. The conference also examined the reactions of national, anti-imperial, and anti-colonial movements, for whom the experience of man-made famines became a powerful rallying factor and a motivation for achieving political transformations to break free of imperial influence. 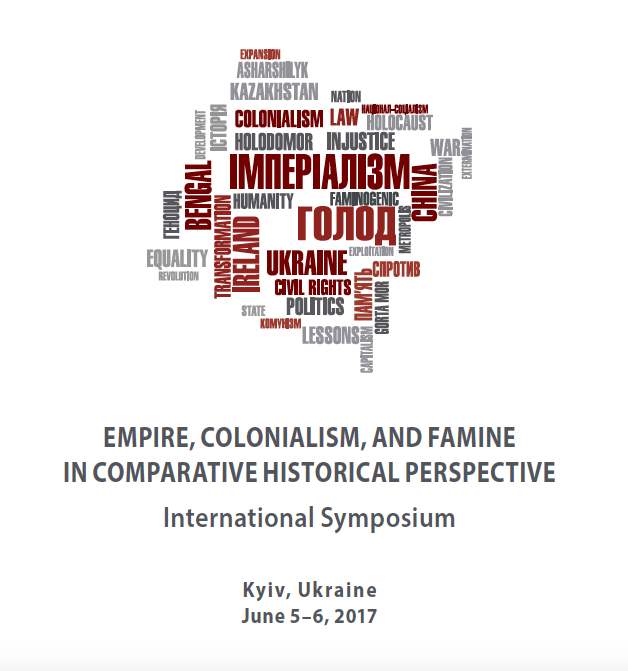