TITLE: Reactions of Ukrainians in interwar Europe to the Holodomor of 1932-33: New discoveries and sources

Ola Hnatiuk is a professor at the University of Warsawand at the Kyiv-Mohyla Academy. Vice-president of the Ukrainian PEN-Centre,she served in the Polish diplomaticcorps(2006–2010). Dr.Hnatiuk isthe recipient of numerous awards, including Polonia Restituta (the highest award given by the Polish state), the Antonovych Foundation Award for fostering Polish-Ukrainian culturalcooperation, and the Pruszynski Polish PEN-Club Award. She isthe author of several books, including Farewell to Empire (2003).Her most recent book Courage and Fear (2015) received awardsin Ukraine and in Poland andwill appear in English this year. 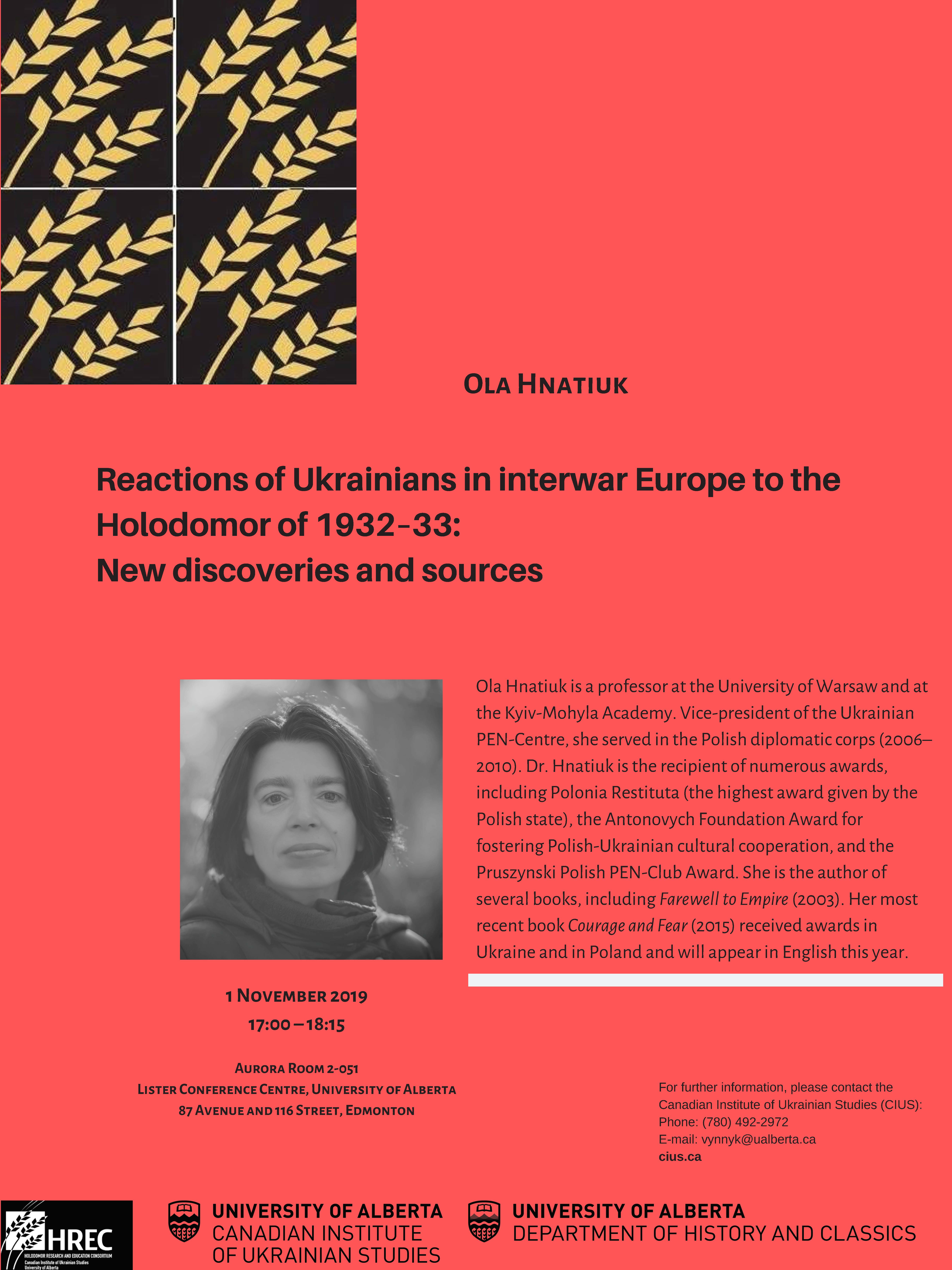