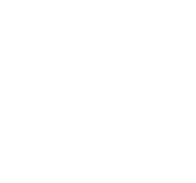 While the Holodomor affected all of Soviet Ukraine, not all regions suffered equally. Drawing on archives in Russia, Ukraine, and Belarus, as well as witness testimonies, my research demonstrates that the Soviet leadership’s relative sensitivity to the welfare of the population along Soviet Ukraine’s western frontier led the authorities to reduce the border districts’ grain procurement quotas and to prioritize them in rendering food aid – benefits that came at the expense of the republic’s rear areas. Combined with the smuggling of foodstuffs from Poland, such privileging led to markedly higher survival rates among the inhabitants of Soviet Ukraine’s “border belt.” These findings shed new light on the role of the Kremlin and the OGPU (political police) in the Holodomor; popular survival strategies and their effect on policy decisions; the impact of foreign threat; and the spatial logic of Stalinism.

Andrey Shlyakhter is a historian of the Soviet Union and its neighbours. His research explores the intersection of economic deviance, borderlands, ideology, and state power. He defended his dissertation, “Smuggler States: Poland, Latvia, Estonia, and Contraband Trade across the Soviet Frontier, 1919–1924” in October 2020 at the Department of History, University of Chicago. The dissertation forms part of his postdoctoral book project, Smuggling across the Soviet Borders: Contraband Trades, Soviet Solutions, and the Shadow Economic Origins of the Interwar Iron Curtain, 1917–1932. Currently Dr. Shlyakhter is a Petro Jacyk Visiting Scholar (Virtual Engagement).

The event is sponsored by the Petro Jacyk Program For the Study of Ukraine, the Centre for European, Russian and Eurasian Studies, and the Holodomor Research andEducation Consortium.