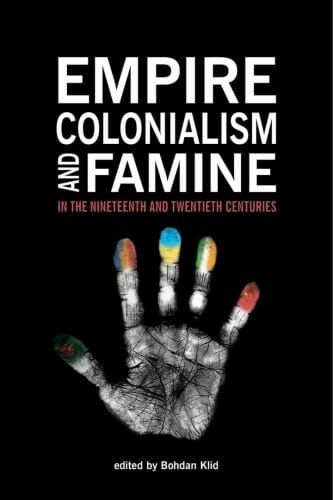 Empire, Colonialism, and Famine in the Nineteenth and Twentieth Centuries

This volume, now available from CIUS Press, examines the often-overlooked connections between empire building, imperial rule, and mass starvation. The essays, which address famine in Soviet Ukraine, Ireland, and British-ruled Bengal, India; famine during World War II in occupied Ukraine and Moldova; Raphael Lemkin on famine; and minorities in Mao’s China in the 1958-62 famine, were developed from papers delivered at two conferences organized by HREC (in Toronto and Kyiv). While droughts and other natural disasters can lead to serious food shortages, a decline in food availability need not result in wide-scale starvation. Mass starvation in the nineteenth and twentieth centuries has almost always been linked to political decisions about food distribution—and some of the worst cases have occurred within empires or their colonies.