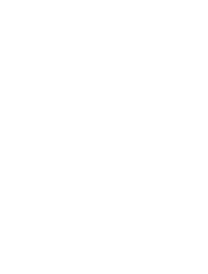 Charley Boerman is a PhD candidate at Radboud University, The Netherlands. Her PhD project Framing Famines: Memory, Museums and Visual Culture is part of a larger project, Heritages of Hunger: Societal Reflections on Past European Famines in Education, Commemoration and Musealisation, and explores the visual and material memory cultures of the Finnish ‘Great Hunger Years’ (1862–69), the Ukrainian ‘Holodomor’ (1932­–33), and the Greek famine (1941–44) that occurred under Axis occupation. This project traces mnemonic repertoires and recurrent themes, tropes, and motifs through historiography, memorials, monuments and famine sites, museum exhibitions, photography, documentary film, and cinema concerned with the three famines.

Charley will present the sixth chapter of her dissertation, a work in progress tentatively titled ‘Cinematic Imaginations of Famine.’ Through a close reading of films such as Holod-33 (1991), Povodyr (2014), Bitter Harvest (2017), and Mr. Jones (2019), she explores the use of tableaux and the ‘indigent sublime’ for the visualisation of the harsh realities of famine, how focalisation can structure narratives of famine pasts, and what tropes and motifs – such as the ‘feminization of famine’ – recur in the representation of famine. Through a comparison with films on the Greek famine such as What Did You Do in the War, Thanasis? (1971), this chapter argues that although similar motifs and tropes recur, the prevalence and understanding of these famines in hegemonic historiography greatly influences their depiction in film.