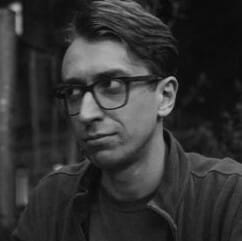 Iaroslav Kovalchuk  argues that the  concept “Holodomor” is a reinvention of a previously existing Ukrainian word by members of the Ukrainian anti-Soviet diaspora. Iaroslav explores the meanings of the word “holodomor” before it became connected to the Ukrainian Famine of 1932-1933 and traces how Ukrainian diaspora members began using this word to represent the famine, giving it a new sense. Finally, he examines how the word became popular, defining a unique event in history, the Great Famine of 1932-1933, or Holodomor.

The online series Emerging Scholarship on the Holodomor was initiated to support  innovation in the study of the Holodomor and related topics. Each monthly session features a presentation by an early career scholar on their current research, followed by comments from an expert in the field and discussion with fellow early career scholars. As the series is intended as an opportunity for trying out ideas and approaches, attendance is limited to the early career scholar participants. The series grew from discussions of ways to encourage academic interchange in the absence of conferences and other in-person exchanges. Karolina Koziura, PhD candidate at The New School of Social Research, and Dr. Oksana Vynnyk organize the series on behalf of HREC. If you are an early career scholar interested in participating, please contact Oksana Vynnyk: vynnyk@ualberta.ca