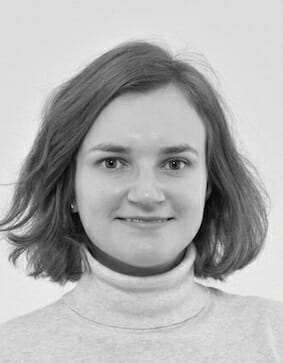 Andreea Kaltenbrunner holds a PhD in history from the University of Vienna. Her fields of research are Central and Eastern Europe, with a focus on anti-Semitisms and interwar Romanian history. She is currently a postdoctoral scholar at the Institute of East European History (University of Vienna).

Andreea’s paper addresses the many peasants who tried to escape the collectivization and the famine by crossing the Dnestr (Dnister, Nistru) river between Soviet Ukraine and Romania. The numbers of refugees continued to grow from 1929 onwards, with hundreds of attempted escapes in some months of 1933 and 1934. Based on sources from Romanian and Moldovan archives, she analyses what happened to the refugees once they reached the border and scrutinize the bureaucratic procedures the refugees had to go through before some would eventually be granted political asylum. Many were interned as potential spies, and a so-called “president of Romanians from Transnistria” was tasked with establishing their ethnicity. Andrea argues that both the treatment of refugees and the discourse about the famine were closely linked to a major shift in Romanian foreign policy. The authorities knew and understood that there was a famine going on but did not openly criticize the Soviet Union as they hoped to obtain recognition of their territorial claims over Bessarabia that had been annexed by Romania in 1918.