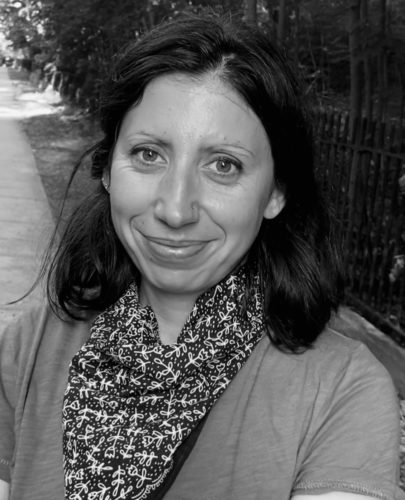 The Holodomor Research and Education Consortium (HREC) announces the online series Emerging Scholarship on the Holodomor, initiated to support  innovation in the study of the Holodomor and related topics. Each monthly session will feature a presentation by an early career scholar on their current research, followed by comments from an expert in the field and discussion with fellow early career scholars. As the series is intended as an opportunity for trying out ideas and approaches, attendance is limited to the early career scholar participants. The series grew from discussions of ways to encourage academic interchange in the absence of conferences and other in-person exchanges. Karolina Koziura, PhD candidate at The New School of Social Research, and Dr. Oksana Vynnyk organize the series on behalf of HREC. If you are an early career scholar interested in participating, please contact Oksana Vynnyk: vynnyk@ualberta.ca

The first session will take place September 30. Presenter Karolina Koziura will discuss a portion of her doctoral dissertation that  traces changing ways in which Communist Party and Soviet Government officials framed the developing food crisis in the Ukrainian countryside. For a full description and for a calendar of future sessions, please see below.

Learning What Not to Know: Famine, State Secrets, and Unbearable Information

Karolina’s doctoral dissertation examines overlapping sites where narratives of Holodomor have been produced during and after the Famine. Designed as a historical ethnography of Famine denial, it investigates how journalists, politicians, and scientists established the dominant frames of this disaster in and outside of the Soviet Union as well as how they created basic categories that organized public discourse about the trauma experienced by survivors in its aftermaths. This paper is a part of the second chapter of her doctoral dissertation which traces changing ways in which different Communist Party and Soviet Government officials framed the developing food crisis in the Ukrainian countryside. Her goal is to map discursive shifts and changing categorizations of Famine from the problematic sets of occurrences that needed to be silenced by Soviet bureaucrats to the political issue that requires extensive cover-up and denial. In the section, distributed to the HREC Brown Bag participants, by tracing the circulation of papers across Soviet bureaucracy, Karolina asks who preferred (not) to know about the Famine and what their reasons for doing so were. She argues that low and middle rank officials responded to the food crisis by immediately suppressing any information about it in their internal communication. This clandestine character of knowledge about Famine, what was staged as not knowing, was not a property of these travelling papers. Rather, these bureaucratic silences were relational and resulted from the struggles over the upward and circular information flows. Moreover, by focusing on the flow of information in the early months of 1932, her paper explores whether and how the bureaucratic production of secrets, misreporting, lies, and half-truths contributed to growing vulnerability of Ukrainian peasants to food shortages and maximized the risks that exacted a high human toll.